I recently had the pleasure of attending a Royal Garden Party on the grounds of Buckingham Palace. You have to be nominated to attend, and my nomination was kindly provided by the Society of Authors, after I judged the Betty Trask Prize, a national competition for debut authors aged 35 or under. Having never ventured anywhere near the rarefied air of the palace before I was intrigued as to what goes on at one of these occasions. Here I present a short guide for anyone fortunate enough to be invited along for tea with the Queen…

Firstly, a gilded invite pops through your letterbox, with very strict instructions about timeliness, security and, most importantly, what to wear – suits for men (tip: lounge suit just means suit), hats for women, or weird little feathery things which I have since discovered are called fascinators… Fascinating!

On the day, I turned up in good time for the three o’clock start… and discovered a queue half a mile long outside the palace’s front gates. Surely, the most well-heeled queue on the planet! On the dot of three, the gates swung aside and, like prisoners at chowtime, we slowly shuffled inside, our IDs being thoroughly scrutinised by armed police, together with a terse warning not to take photographs on the front court.

We herded en masse through the palace, past framed portraits of Queen Victoria and Albert, and out into the rear gardens, a vast, perfectly manicured space, dotted with pavilions, tents, and two brass bands heartily going at it as a means of welcoming the roughly three to four thousand people in attendance.

There followed a lot of milling about and making friends, then queuing up for a very posh plate of sandwiches and cakey things, with tea or cordial. Crowds swirled around, chatting in clumps, or just taking in the occasion. 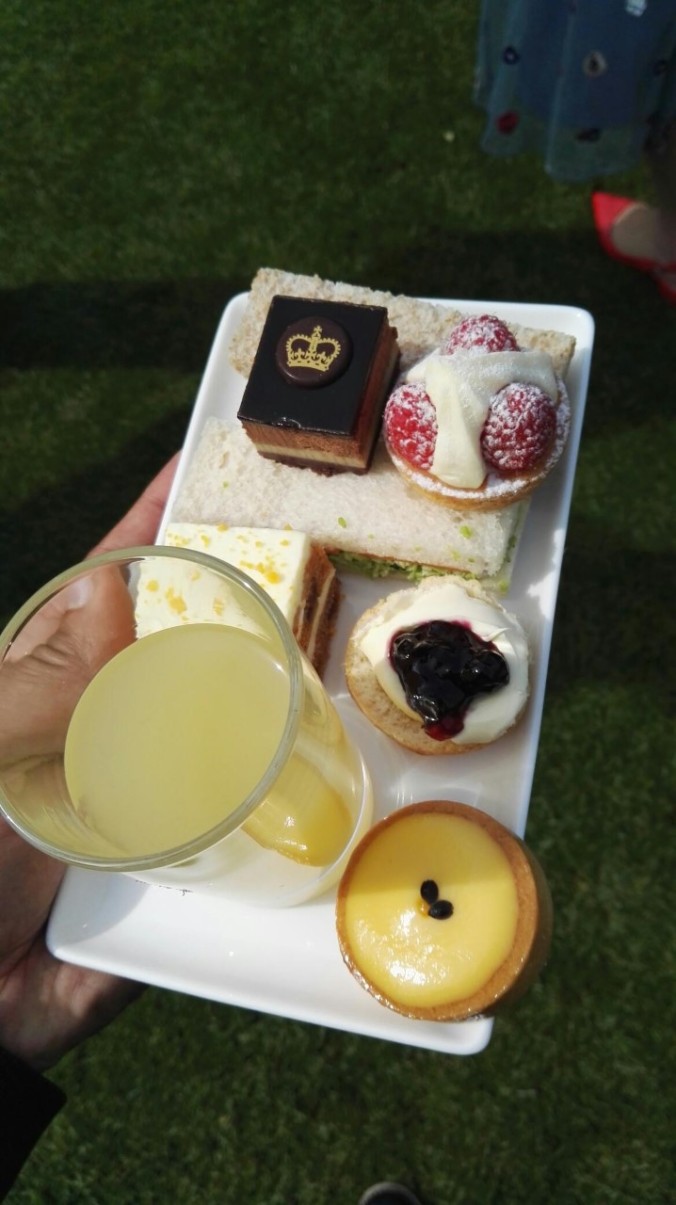 At four pm, everything stopped, and a rousing rendition of the national anthem announced the arrival of members of the royal family – on this occasion the Queen could not attend and it was left to Prince Charles and Camilla to grace the occasion. The crowds gathered round to get a glimpse of our hosts and possibly take a pic or two.

Charles pottered about chatting to a few of his guests, before repairing to the royal tent for his own tea and crumpets. At around five-thirty the royal members made their way back inside the palace, escorted by liveried beefeaters. After that, it was a free-for-all for the exits.

Overall, the occasion was an interesting window on royal life and, more importantly, on people’s perceptions of our royal institutions. I chatted to a medley of individuals from around the country, and a few from further abroad, including this finely dressed gentleman from north Africa, and the one thing I gleaned from all was how pleased they were not only to be present, but at the fact that we have a monarchy that, by and large, still inspires fondness. 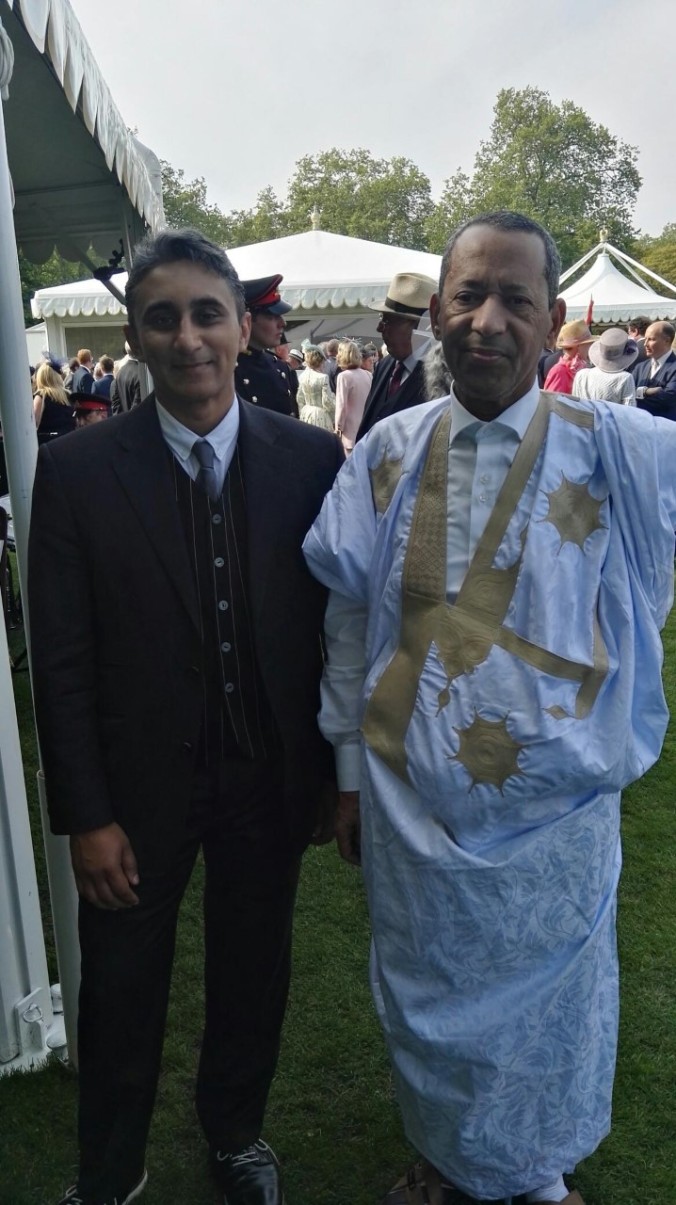 Royal Garden Parties have been a tradition for well over half a century. On the evidence of this one, I suspect they will be around for a good deal longer.

Join my newsletter for exclusive   content, competitions, and more.